After some persuasion from a friend and some exhausting touring, Kevin decided to attend the MUE program at the University of Miami.

After graduating, he moved to New York City and worked for Clinton Recording.  Kevin then worked for Harold Dessau Recording and Right Track Recording (now MSR) , and as a freelance engineer around town. 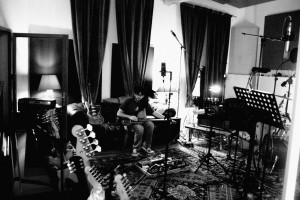 In 2001, he was hired by Bob Clearmountain to work in Los Angeles at his Mix This! studio.

After a very nice 3 1/2 years with Bob, Kevin went fully independent and is based out of Los Angeles as a freelance engineer, producer, and drummer.